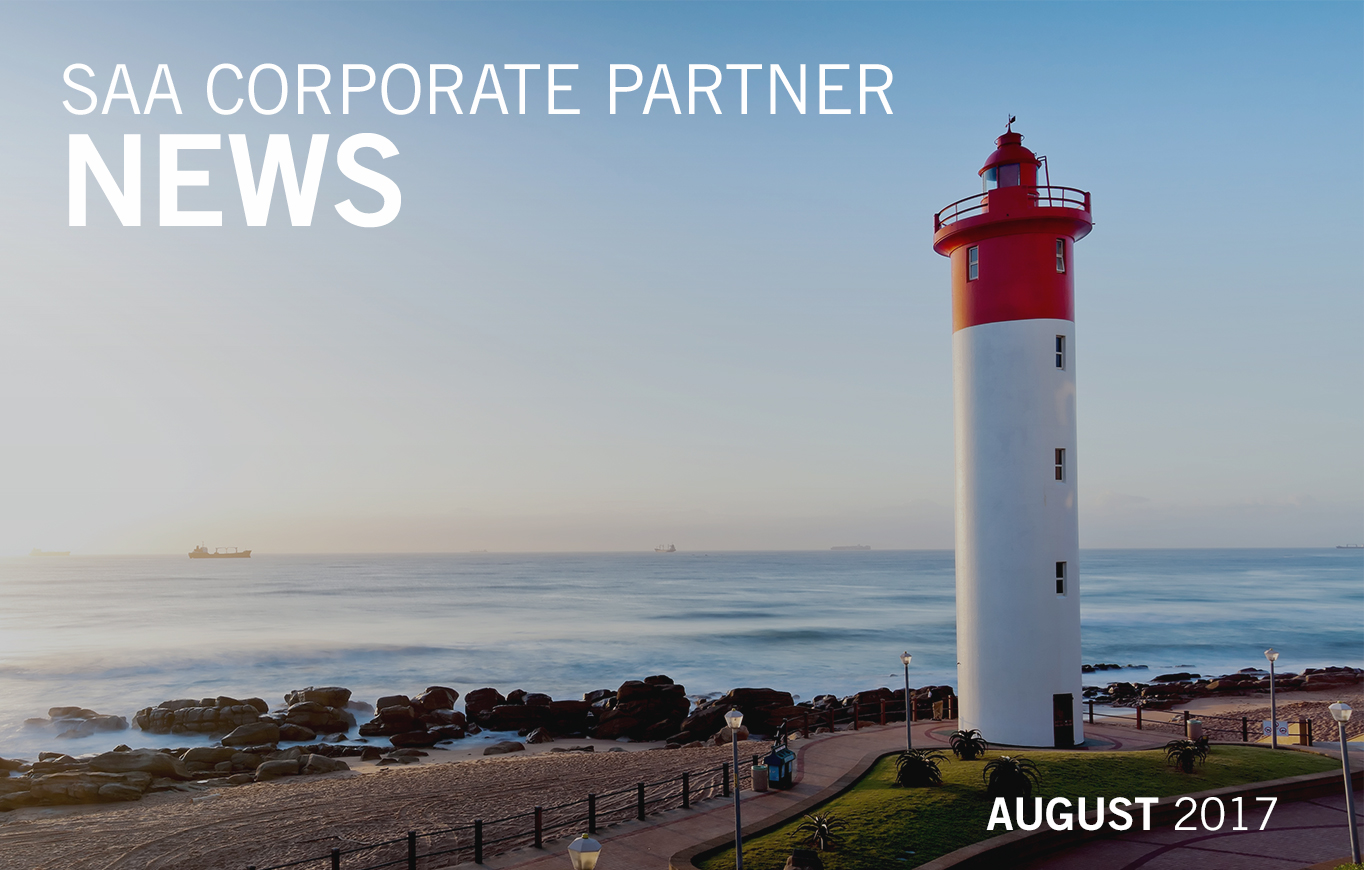 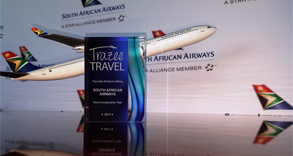 South African Airways (SAA) has been named “Favorite Airline in Africa” for the third consecutive year at the annual Trazee Awards. The award was presented to South African Airways at the annual event hosted by Global Traveler during the 2017 Global Business Travel Association convention on Tuesday July 18, 2017, at the iconic Lenox Hotel in Boston.

Hailed as the smart source for millennials, Trazee Travel is a unique interactive web publication created by Global Traveler’s parent company, FX Express Publications, Inc., for travelers aged 18-35. The Trazee Awards celebrates the best and brightest travel companies from around the world and includes airlines, airports, hotels, destinations and other travel providers. Nominations for The Trazee are collected from an intrepid group of contributors, as well as, via an online ballot completed by their subscribed readers. The nominations are compiled and a panel of Trazee and FXExpress Publications, Inc. management select the final winners.

“0We are very proud and grateful that Trazee Travel readers have, once again, selected South African Airways as their favorite airline in Africa.” said Todd Neuman, South African Airways’ Executive Vice President for the Americas. “The millennials are a growing segment of tourism to Africa and we are honored that these travellers have selected SAA as their favourite way to travel to the continent. This award is a testament to the quality of service SAA delivers both in the air and on the ground, as the best way to start an African experience of a lifetime.”

"Congratulations to South African Airways on its third win in our 2017 The Trazees. It's clear the readers of trazeetravel.com, prefer SAA for their travel to Africa," said Francis X. Gallagher, publisher and CEO, FXExpress Publications, Inc. "This is unique group of travelers, choosing to see and experience exotic destinations around the world now, as opposed to waiting years to take that bucket list trip. And the providers they choose to take them on these journeys are the best in the industry, including SAA. From the multiple awards the airline continues to receive regularly from readers across all our platform, its evident South African Airways is the best choice for all global travelers."

South African Airways offers the most flights from the U.S. to South Africa with daily nonstop service from New York-JFK Airport and daily direct service from Washington, DC-Dulles Airport to Johannesburg via Accra, Ghana or Dakar, Senegal. SAA has served North America for over 45 years and is one of the world’s most awarded airlines, having been rated as a Skytrax 4-Star airline for 15 consecutive years.

For SAA reservations and flight information, customers should visit www.flysaa.com, call SAA Reservations at 1-(800) 722-9675 or contact their professional travel consultant to experience what makes us the favorite airline in Africa. A full list of The Trazee Awards Winners can be found at http://www.trazeetravel.com/trends/trazees-awards-2017.php 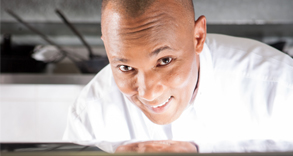 A Taste of African Culture with Chef Coco

Chef Coco is dedicated to creating dishes that showcase Africa's rich heritage, by uniquely combining fine flavors. We know it will tantalize the taste buds of even the most discerning passenger.

The new menu is being offered in Business Class on the Abidjan, Kinshasa, Luanda, Dakar, and Douala, Ponte Noire, Cotonou and Brazzaville routes. 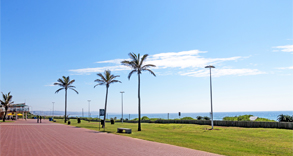 While Johannesburg is sophisticated and Cape Town is Euro-chic, Durban is pure African exuberance. It’s a heady multicultural melting pot built around vibrant beach life, buzzing hotspots and gorgeous scenery bathed in heat and humidity that make even the famous local curries seem tame in comparison. Durban is known as “South Africa’s Miami” with its open-air lifestyle of sun, sea, sand, picnics, parties and pleasure.

Travel writer Andy Turner describes Durban as an intriguing mix of urban South Africa and the Indian subcontinent. Read his six reasons why everyone’s next trip should be to Durban, South Africa. 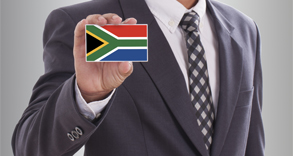 The biggest companies in South Africa in 2017

Forbes has released its annual Global 2000 list, ranking the biggest companies across the world – including those registered in South Africa

South Africa is represented by 10 companies on the global list, down from 13 in 2016.

Forbes’ 2000 biggest companies listing is formulated by analyzing listed companies from across the world and ranking the top 2000 in four categories: sales, profits, assets and market value.

Each company is given a score based on where they place on each respective list, with the final top 2000 list compiled based on a final, aggregated score.

Standard Bank has once again been ranked as South Africa’s biggest company – 421st overall, but down quite significantly from 317th in 2016.

Steinhoff, the international retail holding company, dealing mainly in furniture and household goods, which made a strong showing on the list in 2016 as the second largest company in South Africa, dropped out of the top 2000 completely. It joins Aspen Pharmacare and RMB Holdings.

South African oil and energy group Sasol retained its third place in the local rank, followed by Naspers and Sanlam.

Only three of the listed South African companies climbed Forbes’ list, while the rest declined – and in the case of MTN and Bid Corp (previously ranked as Bidvest) – substantially.

Of the listed companies, only MTN reported a loss in the 2016 financial year.

You can read the full global list on Forbes. 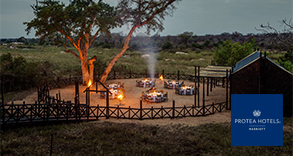 Marriott Rewards is offering SAA Voyager members the following Stay with Marriott Hotels (Protea Hotels) when in South Africa from now until 30 September 2017 and receive 20% off Marriott’s best available rate plus 1000 bonus Voyager miles per stay along with free Wi-Fi!

Log onto www.marriott.com and enter the promotional code "MAR1M" to benefit from this offer.

Bring a taste of Durban to your table this month, Bunny Chow. A South African cuisine originating in the Durban Indian community. This dish consists of a hollowed-out loaf of bread filled with curry. It can be made with beef, chicken, lamb or vegetables.

South African Airways Vacation is offering an air-inclusive package from $1,999pp. Spend 6 nights in glorious Durban during the Essence Festival. This offer is based on per person on 2 adults sharing for departures from New York (JFK) valid for travel between September 01 – October 31, 2017. This package includes accommodation at the Southern Sun Elengeni/Maharani which includes breakfast daily and round-trip airport transfers.

*TERMS & CONDITIONS: Price is per person based on double occupancy. Valid as of February 03, 2017 for departure from New York (JFK) or Washington Dulles (IAD) between September 01 - October 31, 2017 with the same itinerary available at higher prices during other travel periods. Other departure points and domestic flights within the U.S. can be booked. Price for other departure cities and/or travel dates may vary. Subject to availability and currency exchange rate fluctuations. Prices are valid for new bookings only, are not retroactive and may change without notice. Package includes all government and airline imposed taxes and fees. Baggage and optional service fees, cancellation charges and other restrictions may apply.